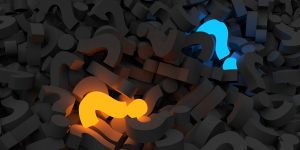 These last few weeks have dumped piles of external events onto the stock markets. As usual, the market overreacts to many of these and under-reacts to others. For long-term investors, this is just another reason to have a well diversified portfolio that you rebalance regularly.

Market Data and Other Stuff

Just because you aren’t going to panic sell (right?) or run out and buy fearing you are missing the start of another rally (right?), doesn’t mean that we can’t take a look at what is going on in the economy, markets, and politics that might affect our investments over the coming months.

First up? The Fed!

President Trump has announced his pick for the next Federal Reserve Chairman, and it’s a known quantity. Jerome Powell is already on the Federal Reserve Board and holds views that are considered mostly similar to those of current Fed Chair Janet Yellen. In fact, many analysts suggest that there is no real purpose in replacing Yellen with Powell other than for the President to put his stamp on the board.

It all adds up to more of the same. A Federal Reserve focused on “normalizing” interest rates (raising them) despite the economy coming in well below anything approaching the Fed’s so-called 2% inflation target. Look for one more rate increase in 2017, or a January 2018 increase unless something goes kablooey between now and then.

Jobless claims were up, but everyone is attributing that to the effect of the hurricanes. This analysis is borne out by the fact that continuing unemployment claims (people who were already on unemployment last period continuing to be on it this period) falling. Add it up and the job market is doing fine. Not on fire, but not shedding jobs either.

The Big Bad Wolf in our story, however is the Producer Price Index. Expected to come in with a 0.1% gain, the report showed the index rose 0.4% in October. Typically, big surprises like this get revised back the following month, but even a 0.3% increase is a pretty big deal. This finally is actual evidence that inflation may be building in the economy.

Check out my Credit Karma reviews.

So, the rub is that the latest increase the Fed made to interest rates is still working its way through the economy. The question is, would that increase be enough to slow inflation, or do we need another? The answer, whether it is right or wrong, according to the Fed is that we need another increase. With this report, there is no doubt we’ll get one, unless there is a kablooey.

Stocks have performed almost exactly like you would expect them too. Companies that have been troubled lately reported earnings that were troubling. Companies that people expected to be doing well, had good earnings. Maybe the only surprise was Wal-mart, who did even better than expected, after doing better than expected already earlier this year.

For doomsayers who worried about the company’s future in the wake of its decision to boost up the minimum wage it pays employees, it looks like Wal-mart has figured out how to make money anyway.

It takes back certain itemized deductions, in order to give out a bigger standard deduction. If anything, this tax bill might make your taxes a tiny bit simpler if you are one of those taxpayers who it near the break-even point on itemizing versus taking the standard deduction.

It’s end of year time! That means that all of this is about to become meaningless background noise. When it comes to the U.S. economy, nothing is more important than holiday shopping season. If analysts get worried about holiday spending, the markets are heading down. If they like what they see, they’ll get a boost.

Often no one can tell if things are good or bad until the companies tell us next year. That’s why you often see a Santa Claus rally in December when in the face of limited data, spending seems good enough.

Here is a review of Digit.

Watch out for a bumpy January though. A Fed rate hike, plus actual holiday data, plus a new year, might just set us up for a solid correction in early 2018. Whether it sticks around, or is a temporary blip will depend almost entirely on if the job market keeps on going.

You never know what will happen that has nothing to do with balance sheets, interest rates and economic data that can send everything sideways.

Kablooey is when something blows up (usually metaphorically, but not always) that causes a shock to the markets. There seems to be a lot of potential kablooey out there ranging from increasingly bizarre politics only loosely tethered to reality, to North Korea, to Russia, to the Russia investigation, to environmental issues, to terrorism. If something goes kablooey all this analysis goes out the window and we start over.