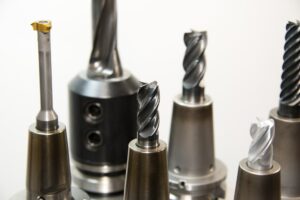 I have had a love/hate relationship with IBM for a long time.

On the one hand, it’s an American staple that successfully spun off its PC business back when it could get a good deal for it. On the other hand, it insists on wasting BILLIONS of dollars on share buybacks that do nothing more than help its executives meet their targets before they ship the stock back out the front door as executive stock options. But, and this is the kicker, IBM kicks out a very sweet dividend. Even when the stock trades sideways, earning 4% in a zero-interest environment with an almost zero chance of bankruptcy, it a great investment.

Check out my Stash stock back review.

Now, IBM is doing another thing that I don’t really like. IBM is listening to short-term investors who don’t like steady, but non-growth income. Instead, these shareholders want stock price appreciation, even at the cost of a long-term stable business. That means the board wants price appreciation. That means the CEO only earns those millions in bonuses if the stock price goes up, even if the company prints money during the day. As a result, IBM is spinning off its managed infrastructure services business. The new company will be called Kyndryl, which is dumb. (I didn’t get a lot of sleep. The name is dumb, but usually, I’d find a way to say that more diplomatically.)

The official version is this:

The company said “kyn” alludes to the word kinship, while “dryl” comes from “tendril,” alluding to new growth. Together, the name brings “to mind new growth and the idea that–together with customers and partners–the business is always working toward advancing human progress,” Schroeter said.

IBM’s Services Spinoff Gets a Name. What ‘Kyndryl’ Means. | Barron’s

If you say so.

It gets worse. They are calling their employees “Kyndryls.”

When Is IBM Spinning Off Kyndryl?

IBM’s Board of Directors approved the Kyndryl spinoff and set the terms. Here are the juicy details:

That makes October 25, the record date. You have to hold the stock on 10/25/2021 if you want your “free” Kyndryl shares from the spinoff.

“Today’s announcement is a milestone for IBM, its employees and its shareholders as we enter a new era of growth,” said Arvind Krishna, IBM chairman and chief executive officer.  “The separation of Kyndryl is a significant step in the continued evolution of IBM, a company now squarely focused on delivering powerful hybrid cloud and AI solutions and capabilities to enterprises around the world.”

I’m not gonna look, but I bet you can find an almost word-for-word quote about the Lenovo sale when IBM sold off its PC business in order to focus squarely on delivering the managed infrastructure services it is now spinning off as Kyndryl.

It would be interesting to know what kind of company IBM would be today if instead of constantly spinning off businesses and buying back shares in order to make next quarter’s and next year’s results look better, if it actually focused on the long-term growth of profitability of all its assets. — I guess we’ll never know.

Look for Kyndryl to fire a bunch of people in an effort to lower its cost structure in a quest for profitability. I’m not going to go all the way into a full Kyndryl stock analysis, but when the main company tries to spin off a company that it thinks is dragging it down, it doesn’t seem like the spin off company is going to be a smart stock buy, at least not until it gets its feet under it and generates some results that are all its own and not part of the mothership.

No one listens to me (why would they?!) so the Kyndryl spinoff is going ahead. IBM will be smaller (and less competitive?), but this way the IBM CEO can show that he is growing the company based on the quarterly numbers, which is all anyone cares about. The long-term future of a company without all of the expertise, employees, and corporate relationships that Kyndryl will be taking away is of no concern.

Kyndryl estimates that its current addressable market is $415 billion. That market is expected to grow by 7% annually, reaching $510 billion in 2024.

Yeah. That sucks. Who would want anything like that, right? The quarterly numbers will have higher profit numbers and will grow faster… until the cloud is a mature business.

There has been no information about what the Kyndryl dividend might be, if there is one.

IBM’s new CEO says that that the software and solutions portfolio (cloud businesses) will make up the majority of company revenue after these parts of the company floats away.

It will take several quarters before investors get enough data to know what is left behind and how it compares with the old stability of a nice solid dividend stock. Conservative investors have no business getting in now. But, what about investors who already own shares of IBM stock?