According to an email received this week, the fixed flight option will no longer be available as of March 1st.

Look here for an updated review of the Citibank rewards catalog 2011.

What does that mean for Citibank credit card holders?  A worse deal.

Even if you go over $400, you are still getting a good deal because that first $400 comes at what is essentially a 50% discount. 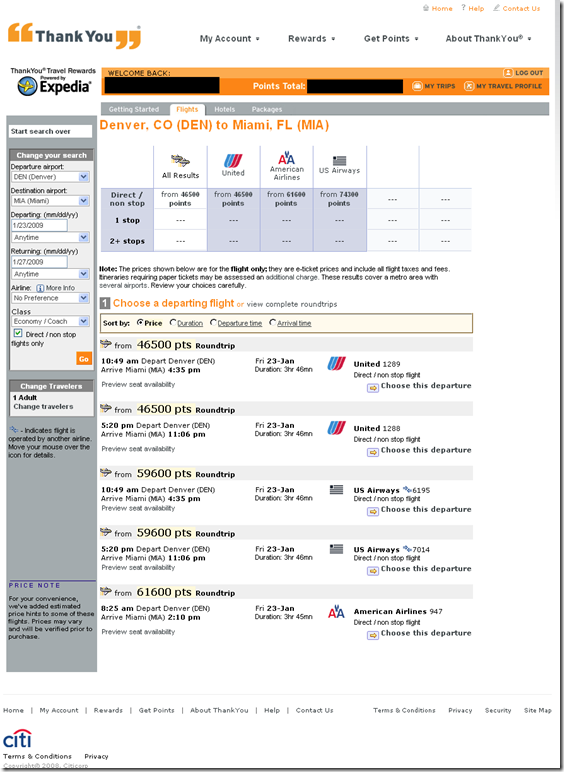 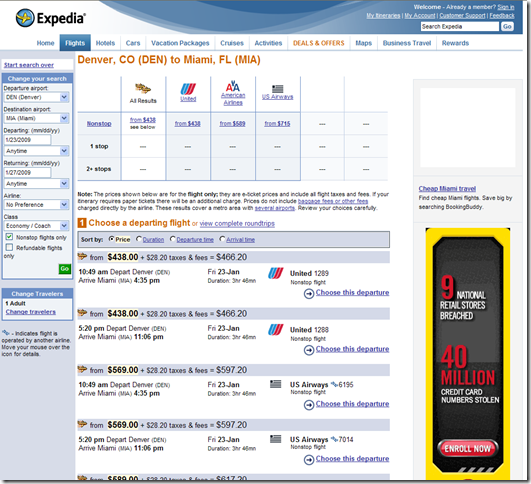 The exact same flights by going directly to Expedia.com (instead of through ThankYou Network)

With Citibank giving the shaft to long-term customers by hiking interest rates on customers with good histories at the same time interest rates are falling in the real world, it is starting to seem more and more like Citibank will be ignoring its loyal customers to focus on the bottom line.

My advice is to use your rewards as soon as possible if you have a need coming up.  Then, start over and re-evaluate your options.  There may be a card that fits you better.  But, DO NOT CANCEL your Citibank card until you have the new one in hand.  The credit world has gone bonkers so it is possible that even a high credit score and high salary won’t result in an approval.