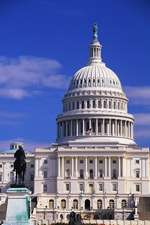 Grandstanding aside, while poorly thought out regulations can hamper entire industries and harm customers, many times new government oversight can have a positive affect both on the industry as a whole, and on the experience of customers as well. In the case of recent credit card legislation, the new rules and regulations on banks and credit card issuers were thoroughly debated not just between Republicans and Democrats, but within those parties as well.

Fortunately, the by-product of real debate is often good legislation. Unfortunately, the power of lobbyists can overwhelm good debate when the sides are fractured.

What emerged from Congress in the form of newer, tougher, credit card industry regulation was indeed thoroughly debated, but was it good for customers, or did it, as the industry claimed, hurt ordinary credit card holders?

The general answer to that question remains open. Clouding the issue is the overall tightness of the credit markets, compounded by the nearly overnight end to the traditional way of doing business in the banking and finance industry. If it is harder to get a credit card there is no way of knowing whether that is the result of over-reaching rules issued by Congress, or if it is just that so many financial institutions have shaky balance sheets cluttered with “toxic assets.”

One area that keeps being mentioned in the press that has negatively affected consumers is that credit card reward programs are becoming more stingy. However, little evidence is cited other than the occasional card holder who says that they are getting less value from their credit card mileage or credit card points than they used to. The catch is that many credit card rewards programs were being trimmed before the credit card laws were even passed!

I made note in this personal finance blog that Capital One NoHassle Rewards were less valuable than they were just one year before back in 2008 when I used 10,000 Capital One miles for each $100 gift certificate to major retailers. Nobody can blame credit card laws for that!

Let me know if you see a downward revision in your credit card rewards program. If you have an old rewards catalog, don’t throw it out. Instead, keep it to compare how your rewards change over time, and if a credit card company is screwing you, don’t be afraid to open a new reward credit card or even a cash back credit card and throw that old in the shredder.