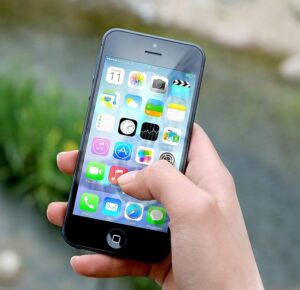 AT&T is making big moves, are they good for AT&T, or bad for AT&T.

Article Contents hide
1 AT&T is making big moves, are they good for AT&T, or bad for AT&T.
2 AT&T Dividend Cut
3 Why AT&T Cut Its Dividend
4 Is AT&T a Good Investment Now?
5 Is AT&T Stock a Buy?
5.1 Brian Nelson

As everyone knows, I’m a dividend guy. I believe in buying the stocks of good companies and then treating them like bonds, collecting interest payments while ignoring price movements.

Usually, when you buy a solid, US company stock with a dividend, that dividend is yours more or less forever. If you buy Apple today (2/4/22) you’ll get about a 0.50% dividend yield. If you like, you can choose to think of it as buying an Apple CD that pays 0.50% with a five-year (or 10, or 3, or whatever) maturity date. When you do that, the daily price movements of Apple stock are irrelevant to your financial plans which count on nothing more than receiving 0.50% interest, and some day getting your principal back (with some risk).

But, sometimes, a company can cut its dividend. Usually that isn’t a huge surprise. In the case of AT&T, there has been talk of changing (cutting) the dividend for some time now. That being said, a 50% cut is a big deal.

As of yesterday, the annual dividend yield for AT&T stock was over 8%. As of today, it’s close to 4%. (That’s not technically accurate, but that is the gest of it.)

That is, of course, the difference between buying actual bonds, and treating stocks like bonds. There is a degree of risk in stocks that bonds do not have. AT&T, for example, cannot change the terms on the bonds it issued. It can, usually, buy them back before the maturity date, but to do so they have to give you your money back. Your only recourse with something like AT&T stock it to sell it. Unfortunately, when they make a change like that, it whacks the stock and can cost you money.

In this case, if you bought AT&T stock any time before December, you’re still up, so you get to make the call.

Why AT&T Cut Its Dividend

AT&T cut its dividend as part of a larger package of moves it is making.

In March, 2020, AT&T ended its share buyback program. This is good. Share buybacks are a waste of shareholder money backed back economics that no longer make sense (maybe never made sense) and the brainwashing of the investing public.

The authorization for the stock buyback was $4 billion. Assuming the company would have used just half of that authorization, that hypothetically saved AT&T $2 billion. So, why does the company need more money?

CEO John Stankey says that he plans to invest back into the business. This is good, IF AND ONLY IF, he’s telling the truth and not just saying what investors want to hear to minimize blowback.

“I’d much rather be pouring some of that cash back into the infrastructure of this business to [generate] returns at a higher level than what we pay out on the dividend. So, it’s time to make that transition for this company.”

How do we know if Mr. Stankey is a liar?

We watch for share buybacks. Share buybacks are the opposite of investing back into the business infrastructure. Buybacks do nothing but help executives meet their bonus targets and help short-term investors. A company that doesn’t know what to do with $1 billion is a company run by visionless managers who only care about looking good for quarterly earnings reports.

Is AT&T a Good Investment Now?

The AT&T dividend cut wasn’t made out of the blue. It is part of the plan for AT&T to divest WarnerMedia. I do not agree with this move and it’s one of my problems with the company. This comes on the heals of AT&T selling 30% of DirecTV, another move I do not agree with. And, while it isn’t in the headlines, AT&T will also be sending off its Discovery subsidiary by merging it into WarnerMedia. That is no big loss. Discovery never got any traction beyond Discovery of Witches. I got a 99 cents per month subscription or something and never once watched anything beyond Discover of Witches. Maybe the new company can do better.

After Verizon sold off its entertainment business, this move became much more likely. My concern is that being the company that connects phones to the internet is becoming a commodity. These days, the three remaining mobile phone networks are all good enough for most users no matter what their commercials desperately try and make up believe. This makes third-party mobile phone companies, like Xfinity Mobile, more nimble and potentially more profitable.

That said, there were two ways to divest WarnerMedia, one way is the way that investors (short-term investors) wanted, and the other way is what is best for the company (long-term investors). Stankey chose the method that is best for AT&T and not the method that was best for the 1-year stock price. That is bold, and it suggests strong management that cares about the company and not just their bonuses. And, if you buy AT&T stock before the spin off, you get shares of WarnerBrothers.

Spin offs are always tricky, because we have no idea how spin off is doing before it has to report some results. We also don’t know about its management, or what its strategy is long term. Recently, IBM spun off its older business units as Kyndryl, and that stock promptly plummeted from $30ish to $16ish.

Finally, AT&T has never been right since it bought Warner Brothers after Warner Brothers sold itself to AOL for stock right before AOL became obsolete and its stock went in the toilet forcing the company to rebrand back from AOL to Time Warner.

What I should really do is find out if any of the morons who approved the Time Warner to AOL sale are still on the board of directors. The more of them, the more I dislike this company.

Is AT&T Stock a Buy?

Before today, I have owned some Verizon stock, which is currently paying north of 4.7% dividend. The company’s stock has basically traded sideways since like 2018 making it almost exactly like a bond.

It’s not that I dislike AT&T stock before today, in fact if I had noticed an 8% dividend, I probably would have given it a really serious look. But, when you already own one wireless providers, you don’t really go looking for a second, so I never bothered.

Here is the AT&T stock recommendation. – If you are going to buy AT&T, now is a good time. The bad news about the dividend is already priced into the stock. Buying now gets you a 4% dividend going forward and 0.24 shares of Warner Brothers free for each AT&T share you own. If you’re having trouble seeing the value in Warner Brothers, keep in mind that it owns HBO and HBO Max, which I believe will end up being #2 to Disney+ when the streaming wars are all over.

While I wouldn’t expect anything out of the Warner Brothers stock in the short-term, it might become something worth having down the road either as a true entertainment player, or an acquisition (Netflix, Disney, Comcast).

So, now is a good time to buy AT&T stock if you are going to, but is AT&T a good stock to own?

The way I figure, one should own either AT&T or Verizon for their juicy 4%+ dividends, and limited implosion possibilities. If either of these companies gets too cheap, there are plenty who would want these businesses. I wouldn’t really recommend owning both. I mean if you want to split up $50K between the two I don’t see the harm, but I don’t see the value either.

I recommend AT&T as a BUY IF YOU DON’T HAVE AT&T for its dividend. I would NOT BUY AT&T if you are prioritizing capital gains.

As always, a well-diversified portfolio tailored to your goals and risk tolerance is the best way to save for long-term needs like retirement.

By Brian Nelson – Brian is a former Certified Financial Planner and financial advisor. He writes for the Finance Gourmet and other financial publications. The material provided on this website is for informational use only and is not intended for financial or investment advice. At the time of publication, Mr. Nelson owned some of the securities mentioned above, including Verizon, Comcast, and Kyndryl , however, that may change at any time without notice.

ArcticLlama, LLC, FinanceGourmet.com, and Brian Nelson, assume no liability for any loss or damage resulting from one’s reliance on the material provided. Please also note that such material is not updated regularly and that some of the information may not therefore be current. Consult with your own financial professional when making decisions regarding your financial or investment options.