After years of speculation, rumor and guesses as to whether Facebook stock is a good investment at all, the company has finally announced plans to go public. Facebook will trade on the NASDAQ under the ticker symbol FB following its IPO. Like many other technology IPOs of late, this offering will leave CEO and founder Mark Zuckerberg in iron-fisted control of the company. He’ll control approximately 57 percent of the voting power in the company after it goes public, leaving shareholder lawsuits as the only chance for investor control. 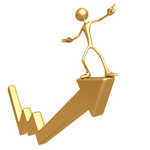 The company indicated and initial public offering range of $28 to $35 per share. This would value the company somewhere between $77 billion and $96 billion dollars, which is close to many technology pundit’s wishes of a $100 billion valuation. Regardless, of where within that range it prices, Facebook will be the internet IPO ever. With a $100 billion valuation, Facebook would be close in market value to long established technology companies such as Amazon and Cisco.

The IPO would raise something in the $11 to $13 billion dollar range, although the company will only get half of that. Investors in the company are cashing in a big pot of chips in order to lock in gains for their own investments and for their venture capital funds. That isn’t necessarily a bad sign, but an investor who thinks that there is a lot of upside left in Facebook’s stock price wouldn’t be so eager to sell at the beginning. However, many of the investors were early stage investors in the company who made very risky bets that have already paid off much more than can be usually be expected. No one can blame them for wanting to take some money off of the table.

Employees would face a lock-up period of around 180 days during which time they would be prohibited from selling their shares that they have earned over the years.

Although there is less concern that Facebook will end up trading underwater quickly and staying there like recent IPOs from Zynga and Groupon, there is some concern about Facebook’s lofty valuation. At the high end of the range, Facebook will trade at 99 times earnings, a multiple higher than virtually all of the S&P 500 companies according to Bloomberg.

Still, there is so much buzz around this IPO that there is little doubt investors will both swarm it under and take the shares higher in the short term. The question remains if Facebook stock will be a good investment for long-term investors. For the average investor, this trade is a gamble, but one many are willing to take. Time will tell if this is the next great thing in corporate America, or another AOL that looked like it couldn’t fail, until every realized that it couldn’t succeed.