401k contribution limits prevent higher income taxpayers from stuffing too much money into their 401k plans.

Each year, the IRS adjusts tax numbers due to either tax law changes, or statutorily mandated adjustments. However, in some cases, the tax amounts are tied to inflation so that they automatically adjust. In many cases, numbers are only modified for the current tax year when a certain limit or threshold is met. Limits for 401k contributions are indexed to inflation and adjusted every year in this manner, provided there is enough change caused by inflation to modify the numbers. 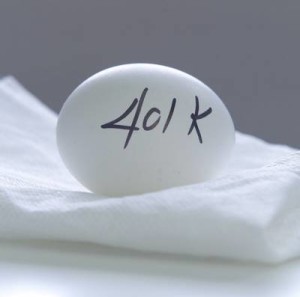 The current 401k contribution limits for 2016 were set by the IRS in late 2015. These limits are tied to an economic index that measures the overall cost of living. The index is designed to rise with inflation. By tying 401k contributions to the index, Congress doesn’t have to pass a law to change the 401k income limits or maximum annual 401k contribution amounts for 2016.

The 2016 maximum 401k contributions limits are unchanged from 2015 because there wasn’t enough inflation during the year to cause an increase.

Unlike traditional IRA deductions, there are no income limits for 401k contributions. However, certain businesses may restrict contributions for high-income employees, or business owners, if the plan is considered top-heavy, or otherwise fails to meet certain IRS 401k plan rules. As always, 401k contributions can only be made by salary deferral. Individual 401k plan rules vary from company to company and a maximum salary contribution is often one of those rules.

The maximum contribution you can make to your 401k in 2017 will remain unchanged at $18,000 per year. The contribution limit for 401(k) plans are adjusted for inflation. Since there was no inflation in 2016, the numbers did not increase, similar to the non-increase in the cost of living for Social Security recipients.

For example, someone earning $250,000 per year who sets their contribution amount at 15 percent will reach the maximum $17,500 contribution sometime during June. Once the 401k limit is reached, the plan will typically just stop taking any more contributions for the remainder of the year.

It is important for your own personal financial planning then, to decide how you want your contributions made. For example, if you want to contribute an equal amount each month over the course of the year for dollar-cost averaging, or other reasons you’ll want to set your maximum 401k contribution to $1458.33 per month. Most plans will allow you to set a specific dollar amount, or you can do the math to figure out what percentage of your salary will give you the right amount.

As always, ensure that your overall financial plan continues to make sense for you and your family. And, don’t forget to rebalance your 401k investment options according to your long-term plan as well.