In all my years as a financial planner, I never met someone who had “enough” money to retire when they were in their 40s or even 50s. Yet, every year, I saw clients who either were already retired, or were retiring. The interesting part was that they didn’t have “enough” money to retire either, no matter how much money they were stuffing into a 401k plan or IRA account. The glitch in this system is the assumption about how much money you’ll need and where it will come from.

How Much to Retire

Determining how much money you need to retire, which in some circles is getting called, your magic number for retirement, is just two calculations, but the data is filled in with several guesses. The only math comes in the form of a time value of money calculation in order to reach a single number that is calculated form a present value calculation. Simple right, well it would be, if we knew:

Unfortunately, we don’t know either of those two things, so we guess. 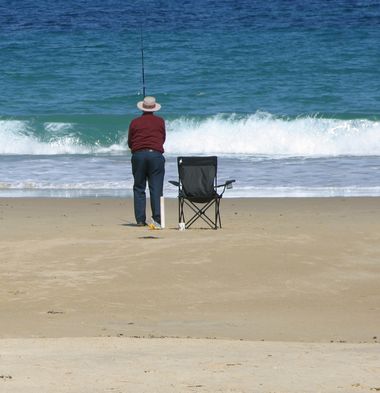 Guessing doesn’t sound very like something an advisor or planner would do, so instead you’ll hear the word assumptions, but it’s nothing more than a guess based upon what data you have today about what your future will look like. Of course, a good advisor will review your plan every year, or so, and revise those assumptions as needed. In other words, those wild guesses will get more an more refined as you get closer to actually retiring. However, if you saved your financial plans from your 20s or 30s, you’d find many of your assumptions laughable by the time you turned 55, or even 60.

Why You Need Less to Retire

As it turns out, most people need far less money to retire than they projected. Why is that?

The truth is that when it comes to retirement planning, you are taking a shot in the dark at important variables. That isn’t how other things typically work. If you are doing a college savings plan, for example, you know exactly when your kids turn college age. Planning for four or five years of college is a very solid bet. The only variable is the actual cost, and that can be projected reasonably well. So, opening a 529 savings plan is a solid bet with reasonably estimated costs. It’s also one reason why fewer doomsday articles about not having enough money for send your kids to college exist.

So, how much do you really need to retire?

Up next, we’ll take a look at where those numbers come from, and then I’ll tell you the secret to really having enough money when you retire.