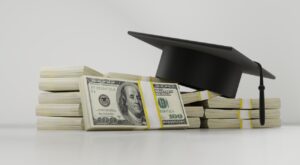 Update: The Biden administration has elected to erase $10,000 or $20,000 in student loan debt via executive order. The website to apply is already up, and the Republican lawsuits to stop it are already filed. If you have more than $10K or $20K, keep paying, although it will help a lot, it won’t erase all of your student debt.

The Biden administration has asked its departments to figure out if the President Biden has the authority to cancel student loan debt without Congress. That was early 2021, and no one has come back with an answer yet. The reality is that there is already an answer, but the administration is waiting on that fight until it finishes seeing if the Democrats can, just this once, actually win without defeating themselves while trying to pass a $3.5 trillion infrastructure bill.

Let’s jump in here and cut some misinformation off at the pass.

First, there is no Covid student loan forgiveness.

What there is, and has been since the Trump administration, is a temporary payment deferral program that allows student loan borrowers to forgo making student loan payments without incurring any sort of penalty, late fees, or even additional interest until January 2022. It makes sense to adjust your plan for financial independence around this program.

What Should I Do About My Student Loans in 2021?

I try to keep my distance for the shenanigans in Washington as much as possible, but if you have paid any attention at all, you’ve notice that once again, the Democrats have no idea how to win. Instead of pushing through an agenda and making whatever work for them that they possibly can, they are squabbling among themselves about what should and shouldn’t be in a $3.5 trillion WIN that has already passed the difficult Senate. Unable to take a victory, and then engaging in a new battle to be won or lost about other priorities, they insist on fighting over something they already won.

Unless someone comes back and says that Biden can cancel student loan debt on his own without Congress, it ain’t happening. The Democrats can’t push a paper clip across a table, let alone push a big student loan bill through the Senate.

So, where does that leave you?

First off, consider that the most likely cancellation of student loan debt, if any, is somewhere around $10,000. So, if you owe more than that, keep paying. Every payment you make during this Covid deferral period goes 100% to principal. Usually, a significant portion of any payment gets swallowed by interest. This is your chance to take a bigger whack at your student loan balance.

What Should I NOT Do About My Student Loans in 2021?

For the time being, the smart move is to manage your finances as if there will be no student loan forgiveness this year. Maybe significant Democratic victories in the mid-term elections would change this, but until then, don’t hold your breath.

— If you’re saving money for college instead of paying it off, check out our how to open a 529 plan article.