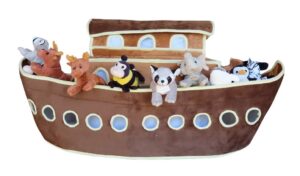 Sometimes, a fast rise comes with expectations that are difficult to live up to. Sometimes the person rising fast doesn’t really help matters. Cathie Wood came into the “mainstream” of financial news with a prediction of a huge rise for Tesla. She was “right,” at least over that sample period, and then some guy anointed her best stock picker of 2020. That will attract some eyeballs.

Article Contents hide
1 Is Cathie Wood a Bad Money Manager?
2 Should I Invest in Ark Funds?
3 The Author

But, just like Abby Joseph Cohen rose to fame by always being more optimistic than the next stock market analyst who said, “Are we really sure all of these no-earnings, no-profit, internet stocks should be pulling everything this high?” while the market rose and rose during the internet bubble, being right isn’t always so much being right, as being the last one to ignore the iceberg. Cohen told investors to “buy the dip” as the internet bubble popped, and the market crashed. I hope everyone who thought she was amazing just didn’t listen to her that time…

Wood’s problem is that when you become famous for catching unicorn, people only think you’re amazing while you still have one. Since finding another one is almost impossible, there is a tendency to hold on too long, until the unicorn gores you and it all disappears. As the guys at the Motley Fool about their amazing investment returns thanks to their “great call” and their largest holding, AOL.

It wasn’t just them. Almost all of the Janus Twenty Fund’s performance in those years came courtesy of AOL. Fund manager Tom Marsico parlayed that “track record” into his own new mutual fund company. But, just buying the right thing once could be luck. Skill is keeping the money you make. In most investing scenarios that means selling. Marsico never sold those AOL shares. Neither did his successor. That failure lost a lot of people a lot of money.

Check out my Wallethub reviews.

(What’s that? You never heard of Janus Twenty Fund, you must be younger than the internet bubble. After AOL wrecked it’s performance nobody wanted in to the fund of twenty best ideas anymore. Weird. The entire Janus Mutual fund company’s track record and reputation depended upon the performance of certain funds, almost all who were “right” with AOL, until they were so very, very wrong, with AOL. — Always take profits, boys and girls. — Janus Funds merged into Henderson Funds who immediately “merged” Janus Twenty into Janus Forty, thereby erasing all trace of the infamous AOL no-sell.)

Being a bad money manager is subjective, but Cathie Wood is not a bad investment manager any more than anyone else. Her funds do what they say they are going to do, and unlike most other fund managers, she and her funds are transparent. You want to know what Ark Innovation bought yesterday? It’s in trade notifications email you can subscribe to for free. Follow along for the quarter, or the year if you like. You won’t get an offer like that in many other places. They’ll just offer you the legally required holdings list that is six to nine months old.

So, why do some people think Cathie Wood is a bad investor? One is she seemed to have become a star based on one thing (even though she’s been around) and then all of the sudden she was everywhere. When that happens, people watch for you to fail. Now that it has happened, people are here to gloat. One thing I do know for sure, Wood is much better at good publicity than bad publicity.

Calling money being pulled out of her fund part of the greatest misallocation of funds in history and complaining that indexes are a reflection of the past when her funds are future, aren’t good looks. The correct answer is, “We still believe in our meticulous process and believe customers of our funds understand that there will be ups and downs with investments like this.” — She actually said this, in other words, during the interview, but those aren’t quotes. Live by the big juicy quote Tesla to the moon! die by the big juicy quote.

Should I Invest in Ark Funds?

For most mutual funds there is a prospectus listing the funds objectives and investment strategy, and a 6-month old list of holdings. From that, and some past performance, you extrapolate whether or not you feel like that is a good investment for you.

Most exchange-traded funds, or ETFs, are a bit more transparent, none more so than the various Ark ETFs like Ark Innovation (ARKK), Ark Next Generation Internet ETF (ARKW), Ark Genomics (ARKG), and Ark Fintech (ARKF). The idea of having an actively managed portfolio of stocks inside an ETFs is relatively new (this article makes it seem like she invented it?), but knowing what is inside them is perfect for investors.

Is Ark Innovation a buy? That’s easy. Do you want to own:

Then Ark Innovation is a good investment tool for you. It is important to remember that this will be a very volatile portfolio paying no dividends. This goes against everything I stand for, but if this is what you are looking for, the Ark Innovation is a buy.

All of the Ark Funds are a buy if you want what is in them. That is what is so great about these particular ETFs is you can know NOW if you like what their holdings are. You can also watch them, and if you don’t like the holdings later, and Ark Innovation is a sell for you, just put in the order.

All of the Ark Funds should be used as a part of your overall portfolio. If you already have a Large Cap Growth fund you like, but you want more exposure to some of the internet, fintech, or health care plays out there, a 3% to 5% allocation Ark’s way wouldn’t be crazy.

My Grifin app review can show you how to invest where you do business, automatically.

By Brian Nelson – Brian is a former Certified Financial Planner and financial advisor. He writes for the Finance Gourmet and other financial publications. The material provided on this website is for informational use only and is not intended as financial or investment advice. At the time of publication, Mr. Nelson owned shares of Unity Software* but had no ownership in any other securities listed above. However, that may change at any time without notice. Please also note that materials on Finance Gourmet may not be updated regularly and that some of the information may not therefore be current. Consult with your own financial professional when making decisions regarding your financial or investment options.

*Brian is also a freelance web developer who dabbles in coding computer games. Unity hasn’t been a publicly traded company for long. He bought it when it came out as a new stock. It makes the most famous and widely used game development platform in the world. He owns it for sentimental value as much as an investment. It doesn’t pay a dividend.