It’s earnings season again, and interest in running high in many companies including technology giants like Amazon, Apple, Facebook, and so on. With each earnings report, there is typically commentary noting how the company’s actual reported earnings ended up comparing to the expected earnings. This phrasing comes up so often, that most investors are used to the terminology long before they actually make any investments, but it is useful to understand just what expected earnings are, and who it is that generates those estimates.

There are very specific rules that govern when and how a company can disclose “material information.” A company’s financial information is most definately material. The basic rule is that companies may not make any disclosure of material information without doing so publicly. Just what counts as public has evolved slowly over the last few years, but the basic point is that all investors must get the same information at the same time. When it comes to quarterly earnings reports and annual reports, the companies publish them to the world one time, once the final document is ready. After the reports have been published, many companies make various executives available to financial analysts during which they may comment on the published earnings report, and answer analyst questions. Again, to comply with SEC rules, all of these sessions are public.

Check out this to find out if Credit Karma is a scam.

Each company reports its earnings a little bit differently. As long as all required information is disclosed, and all additional information is disclosed publicly, there really isn’t a requirement about how and where things must be broken out. However, certain common numbers are almost always included, including things like earnings per share, total revenue, and various measures of profit (gross profit, net profit, and tons of others that do, or do not, include things like taxes). 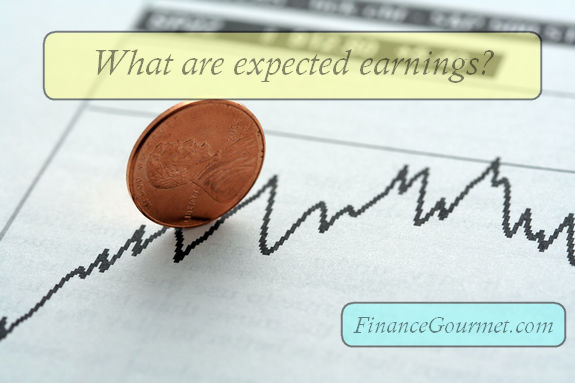 As a service to their customers (and as a way to stay in the media), financial companies on Wall Street will offer “coverage” on various publicly traded companies. There is no requirement that they do so, and each company can choose to cover, or not cover, whatever companies they choose.

Coverage means that the firm keeps an eye on the company. Often a recommendation to buy, hold, or sell (along with dozens of semi-meaningful stock ratings) comes as part of the coverage. In addition, many firms will make estimates about how it expects the company will perform in the short and long term. These short-term ratings will often include an estimate, or expectation, of what numbers the companies will report on their next financial report. Since companies may not talk with analysts or answer their questions about material information, these estimates are based upon a combination of mathematical projection, research, and educated guessing.

For example, an analyst covering Microsoft stock could take the previous reported earnings per share, note that not much is expected to change between then and the next report, and then estimate that the earnings per share number will be about the same. If she thinks that the companies sells will be stronger or expenses will be lower, then she could estimate a higher earnings per share. The most common example of how firms research this is doing what is called channel checks. At its simplest, a channel check might include calling Best Buy to see if they are selling more or less iPhones. If they say sales are way up, then you might raise your estimates. Of course, it is more complicated than that, but that’s the basic idea.

What Are Expected Earnings?

For larger companies, and popularly traded companies, there is more than one firm covering that company and issuing reports with expected, or estimated, earnings. The so-called expected earnings are an average (or median) of the various expectations. Thus, when a company, “beats the street,” that means that the actually earnings, profits, or revenues, they reported were higher than that average.

Beating, or failing to meet, Wall Street’s expectations are not necessarily a bad or good thing. Some companies bend over backwards to signal to analysts where their earnings are headed, while others, such as Google, offer no guidance whatsoever. Other companies offer guidance that isn’t very accurate. Apple, for example, has a long history of offering guidance that was so low, no one believed it anymore, with analysts estimating numbers much higher than any data offered by Apple.

Either way, what those numbers are, and how that data fits into your long-term investing strategy are all that matters. Whatever Wall Street expects, always changes anyway.