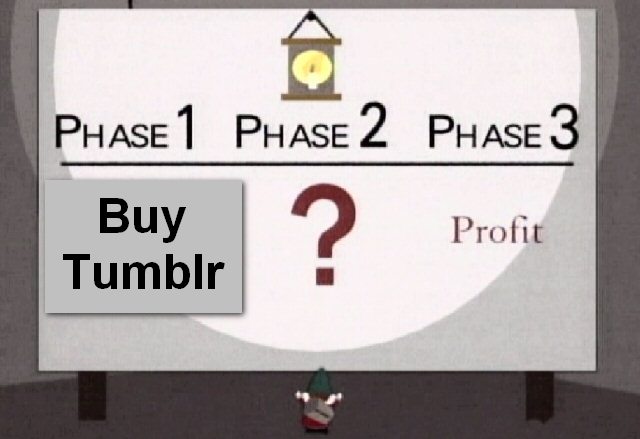 It turns out that even the modest goal of $100 million in annual REVENUE, not profit, set by Yahoo, was too much for the internet property supposedly worth so much that Yahoo shelled out $1.1 billion for it. It seems that the great lesson of the internet bubble years earlier, that eyeballs and name recognition, do not equal money, still isn’t something tech companies are ready to learn.

Which brings us to today’s multi-billion dollar buyout of Jet.com, a money-losing online retailer that goes head to head with Amazon. It’s just over a year old now, and it crossed the $1 billion in revenue line earlier this year. Revenue, not profit. The company, by all accounts, hemorrhages cash and funds its operations by taking on more investors. But, somewhere in there, Wal-Mart sees something worth $3 billion, plus an additional $300 million in Wal-Mart stock. I guess tech companies aren’t the only ones not learning any lessons.

The reason the deal is so cash heavy is that there is no actual value in the company yet. It has to pay off all of its investors before it can be sold, and those investors want cash for their big “exit” as they like to call it over in tech fantasy land.

The PR spin from Walmart is that buying Jet gives it a new way to compete against Amazon. This is hard to swallow considering that Walmart already does $13 billion in internet sales, some of which, at least, is profitable. Jet, conversely, does just $1 billion in sales, and hasn’t sniffed a profit in its one year in business.

It isn’t exactly rocket science to undercut prices by selling at a loss. You could get tons of users, and huge sales numbers by selling MacBooks for $500 each. The only problem is that eventually you run out of money to buy new inventory with. Unless, of course, you can con someone into buying you before that happens.

It’s difficult to see what Walmart gets out of this acquisition other than a high-flying name to run its online division. There are clearly no profits. Walmart has the better supplier relationships, and the bigger name, and the better recognition, and… and… and… If there was some clever technology that Jet had, then maybe, MAYBE, there might be some value (although $3 billion would still be tough to take).

I guess if you buy into the notion that younger people don’t buy form Walmart, but they do buy from Jet and you are somehow locking them in… ????? Or, that the founder, who will head up online shopping for Walmart, is some kind of Jobsian genius who will explode Walmart’s online division, then I guess…. Nope. I just can’t see it.

In reality, the founder of Jet, like so many internet founders, is a really great hype machine. By talking loudly about huge growth, and even bigger goals, he got a bunch of investors to pony up enough cash to run the thing long enough to attract a buyer. One wonders what value that adds to an established, Fortune 500 company, that people, analysts, and investors expect actual results from.

Either way, look for a big write down from Walmart in the coming years from this acquisition. Of course, “big,” is relative for a company the size of Walmart, and everyone involved will walk away unscathed, but one can’t help but wonder what a $3 billion infusion into its own online shopping experience could have produced beyond paying off the risky bets of venture capitalists.