The third quarter just closed on September 30th and it was not a pretty sight for short-term investors. The S&P 500 closed at 1,131.42 which is down 14 percent for the third-quarter. It started the year by opening on January 3rd (the 1st and 2nd were Saturday and Sunday, respectively) at 1,257.62.  That is a drop of a little over 10 percent year to date. The Dow Jones Industrial Average is off 5.74 percent year to date.

The stock market took a huge dive starting July 21st and has never pulled itself back up. For those of you looking for the culprit, let me help you out. The debt ceiling deal was reached at the end of July, which means the 21st was pretty much the height of the shenanigans. The markets have had no truly good news since to pull themselves back up by. 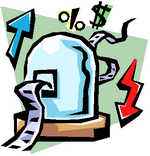 Don’t expect the news cycle to save the stock market during the fourth quarter of 2011. In the 4th quarter, we’ll see increasingly competitive rhetoric building in the Republican Presidential primary, the product of the debt ceiling committee, which most are projecting will fail, and the start of the holiday shopping season, which will likely get spun in the mainstream media as a disaster early on, no matter how it ends up going in the end. Furthermore, the Fed is out of the picture having approved its latest financial stability plan, “the twist.” And, finally, the European debt crisis has no indication that there will be any sort of grand resolution by year end.

In other words, there is not likely to be any sort of overall good news politically, economically or anecdotally. In fact, most of the news around the stock market will likely be bad news, not good news.

The best answer is probably nothing. The markets may move in an upward trend over the last three months of the year if investors starting looking ahead to 2012 and liking what they see. (Remember, the stock market is a leading indicator.)

The other possible savior may come from earnings reports. With the third quarter over, companies will be reporting their 3rd quarter earnings in the coming months. If a sufficient number of companies are able to report good enough earnings, coupled with positive outlooks for next year, the markets could see a significant boost for the end of 2011. In other words, a Santa Claus rally is not out of the question. However, if this market is going to go up for the rest of 2011, it’s going to have to do it on its own.

How does the stock market look for 2012? That question isn’t as hard to answer as it may seem.

The news cycle has already punished the stock market, and it will continue to do so for the foreseeable future. The eventual Republican Presidential nominee will do their best to paint the economy as an unmitigated disaster and the short-term impact of billions of dollars of government spending cuts may just make that a self-fulfilling prophecy. (Don’t forget, tax-cuts and lower regulation are not short-term economic boosters, those things take time to work their way into the economy. The impact of government spending, or lack thereof, has an immediate impact, even if the full repercussions aren’t felt for many years.)

In other words, people aren’t likely to be in a big investing mood. On the other hand, most trades on Wall Street are computers talking to other computers and they might start to like what they see.

The U.S economy has been mired in a recession for longer than is typical. The boom (some say bubble) coming out of Silicon Valley may well be the last spark that is needed to push the economy forward and most economists do expect some growth next year, no matter how weak.

In other words, 2012 or 2013 is the start of the next bull market. Long-term investors may as well get in now, or wait until after the stink from the Congressional Joint Select Committee failure clears the air. Either way, buying low means buying when things sound bad but the future looks like the only way is up.

If your investing horizon is longer than the next 12 months, that time is now.