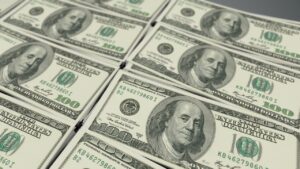 Share buybacks, or stock repurchases, are a tool that publicly traded companies use to manipulate their shareholders into making them think that they are working for them. Unfortunately, with big business schools still teaching a curriculum that starts with The Wealth of Nations and doesn’t much update from there, there are all too many stock analysts and pundits out there pushing share buybacks as good corporate governance.

The gold standard of returning capital to shareholders is paying cash dividends. There is a catch though. You can’t use accounting to create cash that you pay out. The other catch is that shareholders don’t like it when you cut a cash dividend once you start paying it. In other words, if you are going to pay a cash dividend, you better really be in a good position.

Supposedly, this helps investors because buying back shares makes less shares available on the open market, making the company’s earnings per share rise, as well as removing some supply, which would theoretically cause the stock to rise.

A company can at any time say, that they just didn’t buy the shares they announced they would for any reason. They don’t even have to retire the shares that they buy back. They can also use the shares they bought to give them to their executives and employee stock plans. In other words, this is a way to make investors feel warm and fuzzy without actually committing to anything.

So, this guy wrote an article about the companies with the three highest share buybacks and extrapolated their performance to, “See share buybacks work.” Feel free to be outraged alongside of me.

Now, if you think Apple’s stock performance is primarily due to its share buyback program, I can’t help you. Additionally, Apple buys back shares of its stock largely to aid with its tax strategy, not because it thinks buying back shares is great.

JP Morgan is listed as the second biggest buyback company. By percentage, you ask? By some other metric that allows you to compare a giant financial company like JP Morgan with other companies? — No, of course not. Straight up dollars.

Third is Microsoft. Again, as plain dollars, Microsoft does buy back a ton of its stock. One wonders if it might trade for even more per share if it paid a sweet cash dividend instead.

What is missing from this analysis is all of the other companies that insist on making huge share buybacks while getting almost nothing out of it other than easier targets for their executives. IBM, anyone? How about GM?

Fortunately, we don’t have to do a complicated analysis. The author has done it for us.

Benzinga’s Take: One way for investors to gain diversified exposure to buyback stocks is the Invesco Buyback Achievers ETF PKW-1.87%, which invests in stocks that have repurchased at least 5% of their outstanding shares over the past 12 months. Unfortunately, the PKW ETF has underperformed the SPY ETF over the past five years.

Huh? That’s weird. It’s almost as if you don’t take the three high-performing stocks that fit your thesis, maybe it isn’t true at all.

Either you believe the company has so much money there are no other options (like Apple’s tax situation) or you have to accept that share buybacks are an admission that the company isn’t willing to commit to a cash dividend and can’t think of ways to invest money for the future. At worst, it’s a sign of weak management, at best it’s just a lack of vision. Either way, don’t count share buybacks as a plus when you are picking stocks.