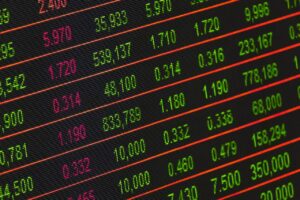 The Inflation Reduction Act has a lot of new features. One of the one that I keep hearing about is the new 1 percent tax on share buybacks and how that will affect investors.

There is a lot of noise around companies buying back their own stock after many (most?) companies acted irresponsibly with the money they earned, or were granted, during the pandemic by buying back their shares and then laying off people because they didn’t have enough money.

It is no secret that I disapprove of companies buying their own stock. The practice is supposedly a way to return money to shareholders, but it is a very poor way of doing that. To make matters worse, most companies just turn around and reissue those shares in the form of executive stock option bonuses. It doesn’t take a Nobel Prize winning economist to see that share buybacks benefit company executives far more than they do shareholders.

Take a look at the companies that have spent the last few years or decade buying back stocks and see if they performed any better than their competitors over the same time period. A majority of the companies buying back shares would have done better to improve operations, do some research and development, or just give cash back to shareholders in the form of dividends. Share buybacks are one of the worst examples of how executives run companies for share prices instead of for building a better company.

So, what about this 1% tax on stock buybacks?

Let’s look at an example.

IBM loves buying back its own stock. IBM bought back $1.36 billion worth of its shares in 2019. A 1% tax on that amount would result in a tax of $13.6 million. $13 million is the muffin budget at IBM, they’ll never miss it, certainly not enough to stop its share repurchase program.

Actually, there is a genius to this tax. One percent isn’t really the kind of thing that a corporation will go out of its way to avoid. So, the government can collect its ounce of flesh, and no one will care. If it does dissuade companies from excessive share repurchases, then that is a positive as well. There is really no downside.

As for your own investments a 1 percent tax on the money your stock was going to kick out as “excess” capital anyway isn’t going to move the share price one way or another. Just ignore the noise and enjoy your inflation reduction.

By Brian Nelson – Brian is a former Certified Financial Planner and financial advisor. He writes for the Finance Gourmet and other financial publications. The material provided on this website is for informational use only and is not intended for financial or investment advice. At the time of publication, Mr. Nelson did not own any securities mentioned above, however, that may change at any time without notice. ArcticLlama, LLC, FinanceGourmet.com, and Brian Nelson, assume no liability for any loss or damage resulting from one’s reliance on the material provided. Please also note that such material is not updated regularly and that some of the information may not therefore be current. Consult with your own financial professional when making decisions regarding your financial or investment options.