I’m a huge fan of higher dividends. I’m less of a fan of share buybacks, but let’s get there in a minute. 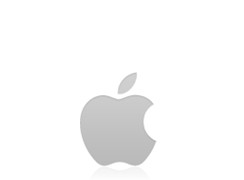 Theoretically, owning a stock means owning a part, or share, of a company. However, if you really break it down, being a shareholder means virtually nothing anymore. For example, in business classes around the country they will tell you that as a shareholder, one of your rights of ownership is voting for the company’s Board of Directors. That’s technically true, but these days, that means nothing. Only a certain number of seats are up for election at one time. Only the candidates that the company’s current management wants are on the ballot. In other words, even if you owned 51% of a company’s stock, your ability to vote would take years to actually affect the company. Your actual avenue for affecting any sort of change is the courts.

If you don’t get to “own” the company, then what is your stock actually worth? Well, it is an item of limited supply that others believe have value. It’s the same way U.S. currency works, or Bitcoin.

The exception is when a company pays a dividend. Then, you actually own something. Dividends are paid to shareholders according to how many shares they own. While you have no ability to control that dividend, if the company pays it, you get it. That gives your shares actual, intrinsic value.

Apple was long a stock that did not pay any dividends. The idea was that owning something tied to something that makes lots of money was good enough. Eventually, the pressure to do something with all that money grew, and Apple started paying out a dividend and buying back it’s own stock.

Like many other companies, Apple continues to increase it’s share buyback program. Share buybacks are the Diet Coke of returning money to investors. There is no commitment to continuing a share repurchase, versus the repercussions of cutting your dividend. Also, share buybacks don’t actually provide any cash to investors. Instead, it indirectly boosts share price by reducing the number of shares on the market, which reduces supply, and increases things like earnings per share, all other things being equal.

What makes this announcement really interesting is the reason Apple started buying back shares and paying a dividend in the first place was that it was accumulating this big pile of cash and not doing anything with it. Ironically, sales and profits for Apple were so good that even though it has been using that money to buy it’s own stock and pay dividends, it’s cash on hand actually grew.

Today’s news shows that Apple still has some room to grow, particularly in China and other markets. For long-term investors in the stock that news, and their new, higher dividend should make them feel pretty good about this particular stock investment.

Disclosure: The FinanceGourmet owns shares of Apple stock, although that may change at any time without any notice. This article, and all articles on Finance Gourmet are for informational or news purposes only. This is not a recommendation to buy or sell stock. This is not an offer to buy or sell securities.