Every time a jobs report, or other important economic numbers, come out politician run screaming into newsrooms across the country to spin it so that it says what they want it to say. If you want to know what economic data really mean, ignore the politicians. On Wall Street, investors put their money where there mouth is. Spinning for an investor is the same thing as deliberately losing money. While a politician is more than happy to say something that isn’t true, no investor is willing to throw away their cash for the sake of appearances. 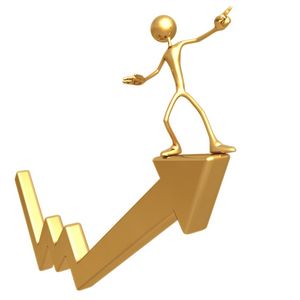 The stock market is up 206 points as I write this. No matter what some politician says, this was good news. In some places, they are calling this the “Goldilocks” jobs report. It was not too hot, and not too cool. The economy added 248,000 jobs and the unemployment rate dropped below 6 percent to 5.9 percent. Wall Street wants job growth; they need job growth. An economic recovery can’t go anywhere with too many people unemployed. However, job growth can mean inflation, and no one wants inflation. More accurately, no one wants the Fed to worry about inflation and start raising interest rates.

After the August jobs numbers came in with a surprising decline, an increase in hiring was just what the Wall Street doctor ordered. The unemployment rate even fell below 6.0%. (Don’t forget that the unemployment rate does not include people who have given up looking for work, so that 5.9 percent number is a little rosier than reality.) On the other hand, there is no indication wages are rising. That’s important because more people with MORE MONEY is really what drives inflation. Without an increase in wages, this jobs report means the economy is doing well, but not too well. In other words, the Fed doesn’t need to be in any hurry raise interest rates.

What this means for Main Street is that businesses may not be rushing out to hire new people, and they certainly are not having to fend off incoming job offers for most of their existing employees, but it does suggest that they are no longer afraid to hire. An economy where employers hire what they need, instead of making do with what they have, is a strong economy.

As I mentioned yesterday in our Fourth Quarter update, this is the last jobs number that really means anything, unless there is a MAJOR change next month or the month after. Anything resembling normal will be ignored as investor focus on something more important, holiday season sales.

For many companies, the fourth quarter makes the difference between profit or loss. More importantly, the holiday sales number will show us whether all of this jobs data shows a real recovery, or just a lingering drift toward slightly better. Do people finally have money to spend this year, or are they still pulling themselves back up?

We’ll find out when Target, Wal-Mart, Amazon, and so on start talking turkey… and Black Friday… and Cyber Monday and…