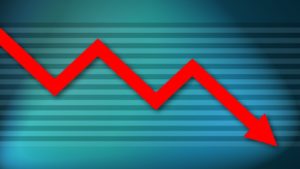 Like any type of news, sensational, click-bait news draws in a lot of clicks for financial websites. Unfortunately, this can lead to a lot of confusion, especially for folks who only read the headlines.

I can often tell when this happens because my questions fill up with vaguely understood concepts and concerns about unlikely situations and issues. This is happening more and more with the topic of negative interest rates.

What are negative interest rates?

Let’s start with what are negative rates. The concept is simple on its face. Interest rates are normally, “positive.” The borrower pays a (positive) interest rate on a loan to the lender. Or, in the case of a savings account, the bank pays a (positive) interest rate to the account holder. In a world of negative interest rates, this would theoretically reverse. The lender would pay the borrower to take out a loan, and the account holder would pay the bank to keep their money. If this sounds bizarre, you are right, and it wouldn’t really happen. — We’ll get to that in a moment.

More abstractly, The Federal Reserve Bank pays banks a small amount of interest to hold deposited funds overnight. That tiny amount amount of interest is one part of the Feds Funds Rate. If there were to be negative interest rates, the Fed would charge the banks to hold their money overnight. This is the one place where that could actually happen.

Depending on how small the negative interest rate is might just pay it because it is still the easiest solution. Theoretically, they would pass this along to customers, and they would, but NOT within the interest rates they pay customers, and charge borrowers. They would almost certainly build it in somehow, if they felt the cost was large enough, and long enough lasting.

What Would Happen To Me With Negative Interest Rates?

So, what would happen with negative interest rates and how would it affect consumers?

First, remember that the Fed Funds rate applies to extremely short-term loans, as in overnight loans to banks. It does not apply to long-term loans, even the shortest-term consumer loans. It is NOT the same thing as the more borrower-focused PRIME rate.

Second, note that fixed-rate loans, like most 30-year mortgages and car loans, do not change their interest rate once they are issued. As far as getting a fixed-rate loan, while that rate is often eventually based upon the Fed Funds rate, there is usually a lot things in between.

Mortgage rates are almost always based on the 10-year Treasury Rate, which is set by the market. While that rate is influenced by the Fed Funds rate, it is in no way the same. Car interest rates are based upon current rates and your credit score, plus just flat out marketing and competition between banks. A bank doesn’t have to offer you a -1% car loan no matter how low rates go, and they never would… except as a gimmick.

Third, it is important to remember that you, as a borrower, do not pay the Fed Rate anywhere in your life. The Fed Funds rate is for big banks. On some loans, you may pay the Fed’s rate plus a certain amount. Theoretically, if rates when negative that could lower your interest rate.

For example, many credit cards with variable charge something like PRIME +15%. At a theoretical, negative one-percent PRIME rate, the interest rate on your credit card would still be 14%, assuming there is not language in the credit card agreement setting a floor. However, the PRIME rate is always higher than the Fed rate, so getting a negative PRIME rate would take a very negative Fed Funds rate.

Check out my review of SoFi.

You’ve seen sign promising higher-interest rates than other banks in order to get your business. While banks have conditioned some lesser-informed customers to pay fees to access their money, such as high ATM fees, actually charging customers to deposit funds is a non-starter that would dive customers away.

Already many banks pay as close to zero percent interest as they possibly can, and they have been for a very long time. They don’t go any lower with any Fed cut and they wouldn’t go negative.

There Will Be No Negative Interest Rates

Most importantly, it is very unlikely that the U.S. Federal Reserve will go into negative interest territory. Remember, the Fed got VERY creative with other things it can do, and continues to do so. There are many ways to further stimulate the economy that do not come with the economic disrupting baggage that negative interest rates do.