Anyone out there with their “the stock market is doomed” predictions acknowledging how much money they would have cost you if you had listened to them and gotten out of the markets in the last several months, or even the last year or two?

It looks like the doomsdayers will have to wait a little bit longer as U.S. companies such as Caterpillar and 3M both reported pretty solid earnings this week driving up the stock market further. It’s a little hard to claim that there is no basis for increasing stock prices when stocks are actually doing well.

Give it a week or two.

Once earnings season has passed they’ll be back to tell you about how overbought, overvalued, and over-hyped the market is. 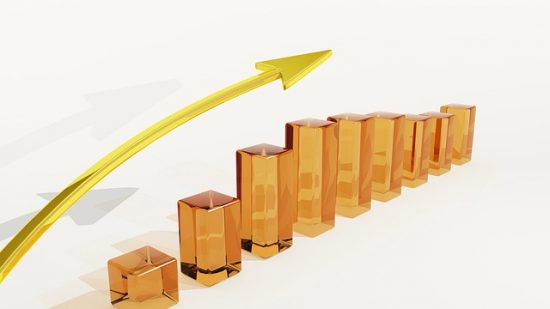 How Long Will Stocks Keep Rising

I don’t know how much longer the stock market will keep going up, and neither does anyone else. That’s why money mangers are always careful to compare themselves to the stock market, and not to their own predictions or track record of being right. Imagine how much more responsible financial analysis might be if you had to publish not only your trading record versus a carefully chosen index, but also against your financial statements.

For example, if John Doe gave a quote saying that the market is scary and people should be selling on February 1st, he would have to list that along with how much money such a prediction had earned (or in this case lost) over the last 3 months, 6 months, 1 year, and so on.

The reality is that this economic expansion is getting a little bit long compared to historic expansions. However, you have to remember that this one started off really, really slow, and never really kicked into overdrive. That might mean this expansion has another year or two left in tank. It also might mean that it could all come crashing down in the next month or two.

As I’ve suggested before, with this economy, the trouble will probably start from the outside. A crazy move by North Korea, or some sort of natural disaster is likely to nudge this thing over the cliff. The catch is, that you never know when something like that is going to happen.

The other possibility is that an over-eager Fed might yank interest rates up too quickly and upset the whole cart, but other than a December hike this year, it is tough to read that indicators as well. Don’t forget several Federal Reserve seats are getting ready to turn over with new nominations in the coming months, so any indicators we are currently getting are likely to change.

In the meantime, as always, the best strategy for long-term investors is a well-diversified portfolio that is re-balanced annually. For many people, rebalancing is an end-of-year event. If that’s the case, it’s time to start preparing. If not, there is nothing that makes this stock market any more likely to crash this month than last month, or the month before.