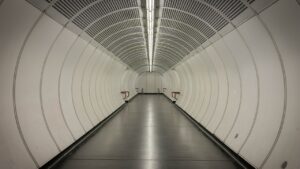 According to news reports, the Federal Reserve will signal that its interest rate plan will remain unchanged through the end of 2023. These kinds of “leaks” are typically from Fed staffers trying to lessen any shock ahead of the actual Fed meeting.

Article Contents hide
1 What 0% Interest For Three Years Means
2 Zero Percent Economy Teeters on Edge
2.1 How Do I Invest?

What 0% Interest For Three Years Means

For starters, this is both a bold, and a baloney statement. It’s bold in that stating there will be no interest rate hikes for three years, the Fed is making a prediction about the U.S. economy and where it will be going and committing to 0%. It’s baloney, because if things go well coming out of the whole Corona virus thing and the U.S. economy roars ahead in 2021, or 2022, the Fed will just come out with a new statement saying that economic data dictate a new policy direction.

So, what is the point of the Fed’s statement?

Investors know how to make money. It isn’t about predicting the future, it’s about determining what the risk is and pricing it accordingly against the possible return. This is a lot easier than it sounds. It requires looking at an impossible number of variables, and weighing each one. In the end, the best anyone can do is try and figure out which variables are important and use them accordingly. The Fed, and potential changes to its monetary policy, are one of the important variables.

By stating that they see know changes to interest rate policy for the foreseeable future, the Federal Reserve is signaling to investors that it is okay to factor in zero percent interest rates for the next few years when building their risk models.

Investors will take the Fed’s statement under advisement.

The reality is that the Federal Reserve really has no choice at this point in time. The U.S. economy is teetering on edge. With Congress engaged in its typical fighting for their “team” without considering the effect on the country, there is no hope for a much needed stimulus package. The result is a U.S. economy deeply divided between those who are able to keep their jobs (and paycheck) through the various degrees of covid virus shutdown and those who are not.

For now, unemployment isn’t growing rapidly, but part of that is because there are already plenty of people on it. Without paychecks, people don’t buy goods and services. If they don’t buy, then the businesses that stayed open lose revenue, then those workers lose their jobs, and so on.

With zero percent interest, the concept is that it is better to invest money in new equipment and workers than try and save it. That used to work, but then companies started gorging themselves on useless stock buybacks, which is why the Fed has to result to other arrows in its quiver beyond interest rates.

The economy is teetering. It could go either way. If it stays here, or tips down, the Fed will keep its no rate increase until 2023 promise. If not, it will start getting jumpy as inflation approaches two percent, not reach two percent, like their previous promise.

How Do I Invest?

As always a well-diversified portfolio tailored to your risk tolerance is the best way to invest for retirement and other long-term goals. Those without enough money to retire on should not be engaging in shorter-term investing.

For short-term investors, play this like you were going to anyway. The direction of the economy teeters back and forth because no one really knows what will happen with Covid for now. A big event will knock the whole thing one way or another.

Unfortunately, big “bad” events are always more likely than big “good” events. Bad events also generally happen without warning, but you can often see good events coming. So, keep those stops where they need to be for your risk, and watch the horizon for something like a repairing trade deal under a Biden administration, or a bold infrastructure plan forced by a Trump administration.

Otherwise, you could always hope for world peace.