Will the Federal Reserve trigger the next recession?

The Fed is meeting and most analysts expect that they will signal that they are making no changes in their plan to move forward with at least two more rate hikes this year despite the weakest first quarter economic growth in three years.

The Fed is still trying to work its way out of the “historically low” interest rate environment it has been forced to use to keep the economy upright since the Great Recession a few years ago. The trouble is that despite years of economic expansion, none of those years have come across as particularly strong. 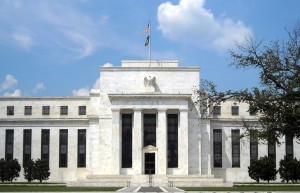 In fact, with just two exceptions in the last few years, every time the Fed thought the time was right to raise rates, new, bad economic news came out to derail their plans. This time, however, the Fed looks like it will not be deterred by any run-of-the-mill negative data. Even as inflation falls.

Fed officials are blowing off the poor first quarter of economic performance. They say that they fill it is temporary and the economy will recover and continue to grow at a better rate, as soon as the second quarter.

But, with no inflation pressure to speak of, one can’t help but wonder what their hurry is? Is there really more to this than wanting to be with the cool kids on the “hawks” side of the equation? On the other hand, employment is full by most any measure, so if you were going to raise rates, this is a good time. Historically, however, when you get this either/or type of economic teeter-totter, whichever side the Fed sits on, is the way the economy moves.

Think Credit Karma is a scam? Check our review.

With most Fed watchers anticipating a June rate hike, the central bank won’t have much time to gather new data to bump it off course. Unless some more data comes out (a weak job report, maybe?) more rate hikes are coming.

Couple up those rate hikes with the fact that the stock market has been racing ahead of the actual economy’s growth, and the fact that we are eight years into an economic cycle that tends to reverse every eight to ten years, and the Fed’s insistence on boosting rates might just be the push the system needs to roll over into a correction and what will, hopefully, be a mild recession. Otherwise, here we go again.