Here comes the end of 2015, are you ready? Are your finances and investments ready?

On the one hand, the end of the year means absolutely nothing to your money. Those twenties in your wallet don’t care what year it is, and your bank accounts don’t either. The stock market goes up and down before December 31st, just like it will after January 1st. That being said, there are some end of year tax issues to be aware of, as well as some smart money moves to make before the end of the year.

Article Contents hide
1 What To Do With Money Before Year Ends
2 Financial Year End Deadlines
2.1 End of Year Personal Finance

What To Do With Money Before Year Ends 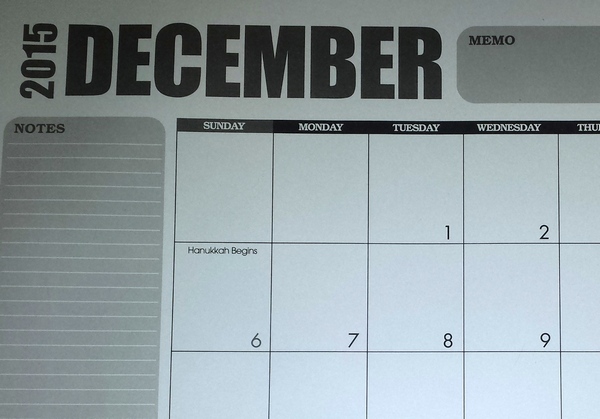 Too many people get all wrapped up in the end of the year and the start of a new year. I think that some of that comes from the added stress of the holidays, or the vacuum left behind when they end. The reality is that you and your money are probably fine, even if you don’t do anything at all before the year ends.

Yes, tax deductions matter, but probably not as much as you might think. And, yes, there are deadlines, but many of them may not apply to you.

With that said, let’s jump right in.

One of the big deadlines revolves around the Affordable Care Act, better known as Obamacare. Regardless of your politics (and don’t bother going political in the comments I’ll just delete them), the law is the law. And this year, the law says that you need to have health insurance, or you are going to pay an ACA penalty.

If you get health insurance through your work, then you are probably already set. If not, you can get insurance through a health exchange. However, open enrollment ends soon. If you don’t have health insurance, put it on your to do list to get done before December 31. But, remember when I told you not to panic? Well, the open enrollment period actually doesn’t end until January 31, 2016. Don’t put it off though. Phone lines and websites start getting jammed up closer to the deadline. Make it easy and take care of it in 2015.

The other big end of year deadline for most Americans is for tax deductions. If you want to take a deduction for your 2015 taxes (the ones you’ll be paying in early 2016), then you need to take action before midnight on December 31st.

Charitable contributions are the most commonly used end of year deduction. Whether you are donating old baby clothes to Goodwill, or writing a check to your favorite charity, get it done by December 31st and you can deduct from your 2015 taxes, otherwise, you’ll be waiting until 2016 taxes for your deduction.

Another end of year financial move some people try to make is paying their January mortgage payment early. Pay before December 31st, and you can deduct January’s interest payment a year early. However, beware of the glitch in the pay your mortgage early strategy.

What about IRA and Roth IRA contributions for 2015?

You can actually contribute to your IRA for 2015 up until April 15, 2016, so while it never hurts to save right away, there actually isn’t an end of year deadline.

Also, if you plan to give any gifts this year, the deadline to make the gift and still have it count for 2015 is December 31.

If you plan to sell assets to generate capital losses to offset capital gains, a process called tax-loss harvesting, be sure to get your sell orders end before the year ends. Remember, the trades don’t have to settle; but the orders must be executed. Also, even though the year ends on December 31st, wash sale rules still apply to any purchases you make with in the next 30 days.

There are some useful housekeeping tasks you should undertake at year end. These are year-end deadlines for your money, but they are things you need to keep a handle on that often get lost in the shuffle. Look into these personal financial tasks now, while you are reviewing the year and planning ahead for next year.

Of course, you need to keep going on all the usual personal finance stuff like contributing to your 401(k), balancing your budget, saving money, and so on.